Use cases show what your system should do. Activity diagrams allow you to specify how your system will accomplish its goals.

Activity diagrams are one of the most accessible UML diagrams since they use symbols similar to the widely-known flowchart notation; therefore, they are useful for describing processes to a broad audience. In fact, activity diagrams have their roots in flowcharts, as well as UML state diagrams, data flow diagrams, and Petri Nets.

For example, you can use an activity diagram to model the steps involved with creating a blog account.

Now let’s elaborating the use case (from requirement — what to the high level logic workflow — How) with an activity diagram :

In between the initial node and the activity final node are actions , which are drawn as rounded rectangles. Actions are the important steps that take place in the overall activity, e.g., Select Account Type, Enter Author’s Details, and so on. An action could be a behavior performed, a computation, or any key step in the process.

The flow of the activity is shown using arrowed lines called edges or paths. The arrowhead on an activity edge shows the direction of flow from one action to the next. A line going into a node is called an incoming edge, and a line exiting a node is called an outgoing edge. Edges string the actions together to determine the overall activity flow: first the initial node becomes active, then the first diamond-shaped node is called a decision, analogous to an if-else statement in code.

Notice that there are two outgoing edges from the decision in Figure above, each labeled with Boolean conditions. Only one edge is followed out of the decision node depending on whether the author is authorized. The second diamond-shaped node is called a merge. A merge node combines the edges starting from a decision node, marking the end of the conditional behavior. 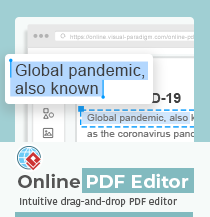